Pakistan In the World

The officer has been appointed as 1st female Surgeon General of Pakistan Army.

I am  Nigar Johar and the Commandant of Pak Emirates Army Hospital, Rawalpindi. I graduated from the Army Medical College in 1985 and was commissioned as Captain in the same year and since then my life has been dedicated to my service and my country. If I had to quote a description of my work it would be something I heard Bill Gates say (and I quote,) “The question is not who’s going to let me, It is who is going to stop me” I have kept these words in front of my life as a benchmark to keep me going.

My work as a Maj Gen officer; I have multiple roles to play but then I am fortunate to have been trained during service on innumerable aspects and on multi-tasking. I am part of the policy making team for the Army Medical Corps and required to take strategic initiatives and decisions for new modalities and long term successes. I am heading the biggest hospital of the Armed Forces and as a commandant I oversee all hospital operations leading to efficient and smooth functioning of the hospital for patient management and safety including financial management, staff employment, staff training and development, security, quality control, creating a positive and productive culture, implementing army rules and policies etc. I shape health care plans, make needed changes and lead my team.

I grew up moving from one school and city to another, every two to three years, with my father’s postings in the Army. It gave me the extra strength of adjustment, confidence and knowledge of hard work. I had the dream to be a doctor and to be in Army. I knew only hard work was the way so I secured positions both in matric and FSC board exams and thus I got admission in all three medical colleges that I applied to. But my natural choice was Army Medical College. After completing MBBS, I became a Health Care Administrator. I have done MCPS in Family Medicine, Masters in Public Health and MSc in Advanced Medical Administration in addition to multiple army and civilian courses.

What the Army Gave to Me

I am proud to be in the Army. It has taught me to work irrespective of gender. The Army is a profession that has trained me to earn self-esteem, self-worth and self-respect above all. It has trained me to work and prove myself. It has groomed me, disciplined me, given me security. My career has given me a rich and diverse training and experience in key management and leadership appointments and a chance to rise and excel.

I took a leaf out of my father’s book, a proud Army Officer who fought two wars in 65 and 71 and was also awarded the Sitara-e-Basalat award. He is my hero and I have inherited the love for my country and the Army from my father.

Did I imagine reaching this point in life?

Sometimes things are planned in a certain manner and then turn out differently due to certain pivotal events. The door never closes, one path might close for you but another leads to something more profound. Years ago I wanted to specialize in Cardiology but I was told that there is no chance to do that specialization as women were permitted to do at that time only Gynecology. So I opted to be in admin and decided to excel there. The road didn’t close but changed and changed for good, to my destiny of reaching this point. 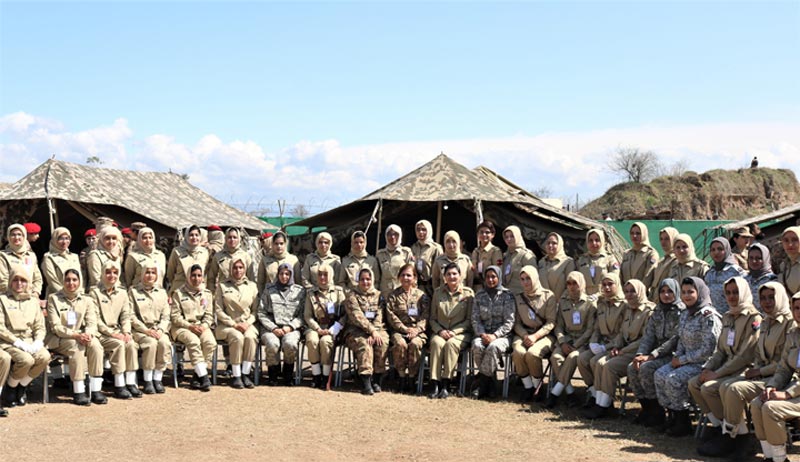 The Journey that brought me to this point; Challenges involved

For a woman in our society, the challenges are immense and we have to struggle much more than men. We have to face unseen barriers and glass ceilings but the answer is determination and hard work with a positive attitude.

I had my share of challenges, for me even getting permission for admission in the medical college was a challenge. My most caring and protective father would not allow me to join the Army Medical College and it took me and my mother a month to convince him. It is because of society’s influence on men and our cultural behavior. After a house job, I wanted to specialize in Cardiology but then again there was a barrier for female doctors to specialize in cardiology in the Army so that I opted to be an administrator.

The challenges did not stop me to progress rather brought out the best in me. I pursued with passion and determination, and Alhamdullilah, have been blessed with a lot of firsts in my profession. My presence in this military rank in the finest army is a testimony to the unwavering fact that for determined women, there are no barriers to work, to serve, to excel and to accomplish.

An Influencer and Role Model for Women

When I got promoted to the rank of Maj Gen, countless parents told me that they saw me as a beacon of hope for their own daughters. When I go out, young females from all walks of life ask me about my life’s service and development and even young men are interested to know how I achieved all this. I believe that successful women are role models for many talented young women to aspire and dream and powerful women need to empower more women. 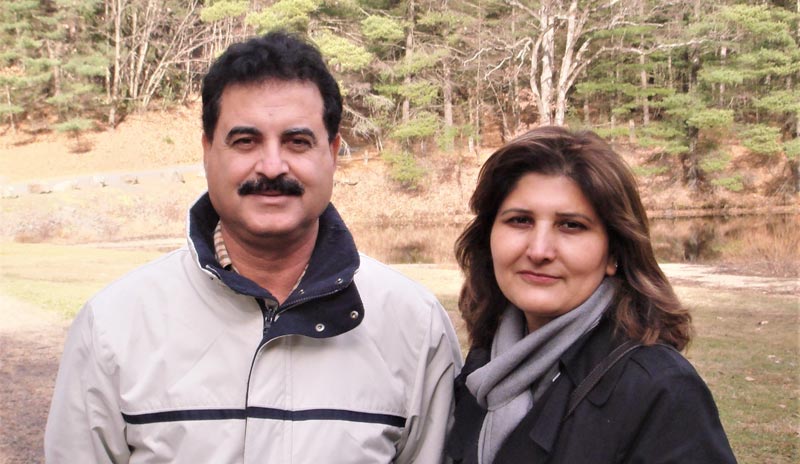 The Family that surrounds me

My father, an Army Officer, taught me optimism and in my mother I saw the strength of a woman. They nurtured the values of honesty, hard work and compassion in me. My parents and my sisters left me early in my young age in 1990, in a car accident. My parents were gone when I needed them the most but this became the turning point in my life. I realized that money or material is not important it is the human being which is important and this became the purpose of my life.

My younger brother Shahid now an Air Commodore in the Airforce remains my best friend and from him I learnt the value of taking care of others.

My real power and life line is my husband and companion Johar Ali Khan who has supported me during each step. He encouraged me in undertaking my professional obligations boldly e.g. medical covers in helicopters, flying squads etc even at a young age, at odd hours and places. 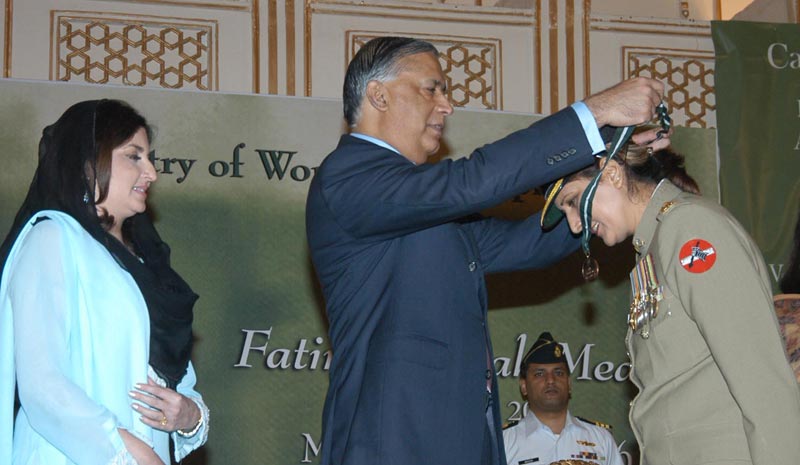 I have had the honour of receiving the Fatima Jinnah Medal from the President of Pakistan and the Tamgha-e-Imtiaz Military award for excellence in service. 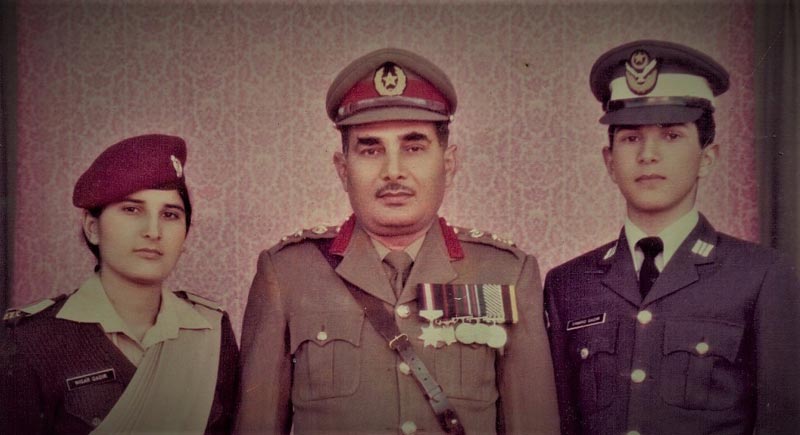 My greatest assets are faith in Allah and my inbuilt ability given by Him in multitasking, endurance, compassion and positivity apart from a very supportive and understanding husband.

My Pakistan and my role as a Pakistani

Pakistan is my identity and I live for it and wish to die for it. It has given me the opportunity to follow my dreams, live up to my full potential and enjoy the entire journey with dignity and pride.

My role as a Pakistani is to utilize all my potentials for my country and to be a role model for many women to follow as they remain the most underutilized resource. No society can progress as long as women, a major constituent of the society, lag behind. For the progress and development of our country we need the participation of women in all walks of life. There is a need for change in cultural behavior and the creation of a more conducive environment for females.

We see you as a hero and a pride of Pakistan. Do you have any role models or heroes that you have looked up to?

Here I will mention my father. He was the epitome of a hero for me. He taught me things with his steadfast knowledge and I remain a grateful daughter. Mohtarma Fatima Jinnah whom I admire for her courage and undeterred conviction. She dedicated her life, with the great Muhammad Ali Jinnah our leader and founding father, to the mission of creating a nation. She has inspired many women like me. Another Pakistani that changed and organized the philanthropy cause in our country was Abdul Sattar Edhi, a great humanitarian. He founded the Edhi Foundation, which runs the world’s largest volunteer ambulance network along with homeless shelters and orphanages, across Pakistan – a remarkable man.

A Message for the Nation

This country was given to us by people who died in sacrifice for it. They believed in freedom and we have that freedom because of them. Keep your faith strong in Pakistan. Pakistan has so much talent and drive in its people. We need to give our people opportunities and invest in them. There is nothing a Pakistani cannot do once given an opportune place to grow and flourish. Our resilience has seen this throughout history and through the worst of circumstances. We have never lost out to things presented to us. We remain strong and resilient and this place is the gift that we will keep building upon.

“We Stand with Azerbaijan” – Aggression of Armenia Condemned by Pakistan

“We Stand with Azerbaijan” – Aggression of Armenia Condemned by Pakistan

Yet Another Aggression by Armenia with High Caliber Weapons @ Densely...

Virus INVENTED in UK Lab -Sent to China by US -Medicine...

ABOUT US
Pakistan in the world is your news, entertainment, music fashion website. We provide you with the latest breaking news and videos straight from all over the world.
Contact us: tazeen303@gmail.com
FOLLOW US
© Pakistan in the world proudly powered by Media Hut
MORE STORIES